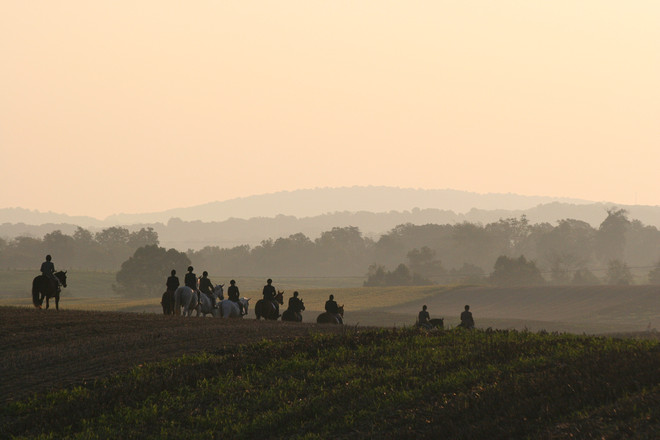 Writer/photographers and now videographers Phil and Susie Audibert focus their lenses, microphone and pen on a wide variety of subjects. Although they specialize in capturing the centuries-old tradition of foxhunting The Book: The Art of Foxhunting, their work also takes them to a diverse range of people, places and events. Most recently they co-produced a video documentary about legendary cookbook author Edna Lewis. And a few years ago, Phil wrote and recorded a song about an 1882 train wreck: The Song.
Phil comes to this team with a lifelong background in photography and journalism both print and broadcast. He has won 20 first place awards and Best in Show (2010) from the Virginia Press Association for his feature series, The Insider, published (from 2005-2011) in his hometown weekly newspaper, the Orange County Review. He is also a regular contributor to The Virginia Sportsman Magazine. Something of a jack of all trades (and self-admitted master of none) Phil has been, over the years, a cattle farmer, innkeeper, ski instructor, musician, local historian, conservationist and award winning radio news director.
Susie comes to this team with a background in horses, dogs, sailing and vintage sports cars. Schooled as a veterinary technician, she is an accomplished dog trainer, with experience in obedience, agility, search and rescue and animal assisted therapy. An experienced horseback rider, Susie has also worked as a livestock inspector, cattle farmer, and innkeeper over the years. Throughout it all she has nurtured an abiding interest in the visual arts. And it is here that she best expresses herself... through her photography.
Currently, Susie is Phil's photographer of choice when he's on a writing assignment and he's her writer of choice on a photo gig. Together, they invite you to share their words and images; sights and sounds.
© AudibertPhoto
Powered by ZENFOLIO User Agreement
Cancel
Continue